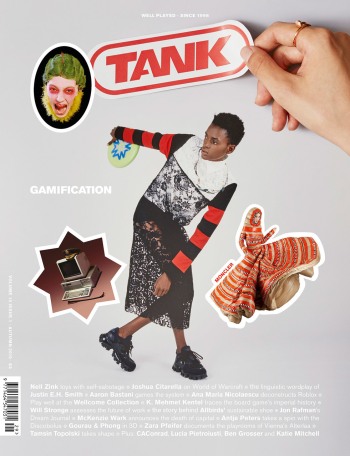 McKenzie Wark’s Capital is Dead (Verso) launches in New York on October 9th and later in the month in London (21st TATE Modern, 24th Foyles). This note is just a small celebration of that fact, linking to the conversation published in the current excellent issue of TANK magazine and here: https://tankmagazine.com/issue-80/features/mckenzie-wark/

Capital is Dead is an urgently rewarding read, as well as a summation of sorts for the author and much of her work in this century. This clip from the published text should alert you to the unorthodoxies it engages and the energy applied too!

The New Vulgarian came out at about 4000 words in the end, and for one thing it would have been great to explore further, but for another MW said in one of the segments that didn’t make it into print that her General Intellects volume (vol. 1, volume 2 is forthcoming, by the way) developed a suggestive ideal of 4000 word texts on its complex and generative subjects; from Amy Wendling to Donna Haraway, via Karatani and Lazzarato, Gilroy and Dean, Morton and Stengers.

Given that our conversation bled out a little further in places, towards some of those names, especially the later ones, I will follow up this note with some of those leavings when it feels right. They helped me clarify the frontiers -a bad terminological construction for sure, but I use it with the fact that the Vedas are considered a frontier literature by those that know in mind- where Wark’s ideas, work and thinking encounters others and makes particular distinctions. It was interesting for me because I came at this in part from my own recent work on the commons of an urban river, the River Roding, which allows a uniquely exact/ing series of views of and encounters with the city from the mud of it all. From ‘thinking like a river’ (a la Serres, for me) and very deliberately attempting to show what that means before falling back on the thetic mode in the final chapter to also say, or speculatively propose, what it might come to mean in concrete political, philosophical, and ecological or existential terms.

There is definitely poetry in the mud of my riverworld, and this area of poetry and poetics is one worth forensic attention to avoid a too-rhetorical poetics in thought but which fully engages the poetics of writing, articulating and understanding how radical it can be to rush at the gaps in epistemically-rigid sense/ the sensible. My riverworld is the site of the battles over the historic and cultural Commons in and around London. However, poised in the mud of the estuarial confluence, I realised that we can no longer think in terms of rights to planetary resources in that same old way; we have to articulate something fittingly new, and symbiotically appropriate. This is some of the (truly radical) poetry in the mud.

We -TANK, MW and I- tried to come up with suggestive biblio-like endnotes to this piece and it didn’t quite work. But Wark’s work at this remove has many significant highlights and all of the books mentioned in the piece are vitally worth reading and/or re-reading. I list those below along with some other links elemental to my approach to the piece or referred to in it.

. The Beach Beneath the Street (2011) here: https://www.versobooks.com/books/1869-the-beach-beneath-the-street

. The Spectacle of Disintegration (2013) here: https://www.versobooks.com/books/1162-the-spectacle-of-disintegration

NB: Wark’s work on the thought of Debord and those less celebrated others around him and her brilliant revival of the import of Situationist thought and action is unique and vitally convincing. I say this as someone who has engaged these sources for decades, written beyond them in my own mind and work, was set alight by smart and generous critical responses to my work when it distinguished it from some of the banalities that masquerade as Situationist or -inspired work. Wark brings the situation with all its creative force into the 21st century for us, as she says here: “I’m not interested in identities. But I am interested in situations, and for me, self-making communities within the city are my habitat.”

My own biblio went something like this (the follow-up note_ will make more sense of these);

. Donna Haraway: Primal Visions, Gender, Race and Nature in Modern Science (1989), if only for Teddy Bear Patriarchy, Simians, Cyborgs and Women; the Reinvention of Nature (1991) for A Cyborg Manifesto, How Like a Leaf; A Conversation with Donna J. Haraway (1999), When Species Meet (2007), and Staying with the Trouble, Making Kin in the Chthulucene (2016), for Playing String Figures with Companion Species, (one live related link; “SF: String Figures, Multispecies Muddles, Staying with the Trouble” (lecture, University of Alberta, Canada, 24 March 2014). See: https://www.youtube.com/watch?v=Z1uTVnhIHS8.

. Anna Tsing: Friction: An Ethnography of Global Connection (2004) and The Mushroom at the End of the World. On the Possibility of Life in Capitalist Ruins (2015).