A selection of links to readings and talks will accumulate here:

FORMAT Issue 6 : Couple Format 2 organised and hosted by Shumon Basar at AA School 8 July 2016. I spoke first, focusing on the loving/working relationship of Gertrude Stein & Alice B Toklas; from their word-work and its peculiar meeting in Ada as well as the autobiographies, to details of domestic extremism, towering hats, climbing for bread and ‘cows’, while James Wescott spoke with real authority about Marina Abramovic and Ulay. 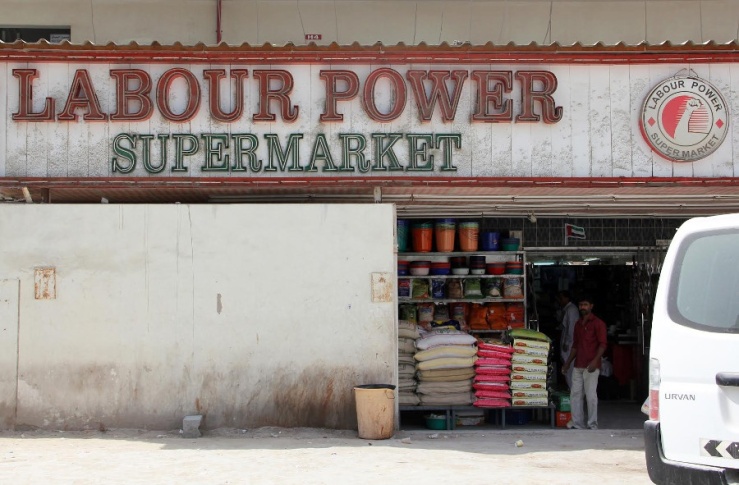 I spoke about complicity; the responsibilities of western institutions like the Guggenheim and British Museum refinancing a declining base, their controlling Board members, as well as architectural and other implicated communities. My approach was described as “dauntingly ambitious” in a discursive review of The Gulf by Ursula Lindsey in The Nation. I wanted to show how easy it can be too… Listen for the dimensions that other speakers brought to bear on a complex issue which requires exactitude to clarify our relations with it (in London, Paris and New York, as well as the Gulf itself but not forgetting South Asia).

I’d suggest that those looking for ways to point fatly approximate fingers at ‘the Arab region’ (especially from ex-colonial, invading or occupying nations) should visit and educate themselves first. Otherwise, ‘small acts’ count -including reading the book!

In this video, writer Guy Mannes-Abbott discusses the archive and its relationship to generating new forms of methodology and interpretation through the work of artist Emily Jacir. For further details on the book, please follow this link.”

A condensed rehearsal of my essay commissioned for the book: This Is Tomorrow, On EJ’s Art of Assembling Radically Generative Archives, with some images from the core works discussed Material for a Film (on Wael Zuaiter) and ex libris (approached via my own work on a unique manuscript of the Mirat-i Ahmadi, by Ali Muhammad Khan, and a revision of the archival impulse in the art of the region).

“The opening session examines the urban fabric of the contemporary Arab city from a variety of persepectives, featuring Ziauddin Sardar on how consumerism and commercialism have transformed the spirit of Mecca, Eyal Weizman on architecture and space in the Occupied Territories, Shadia Touqan on the restoration of Jerusalem’s ancient buildings and Salma Samar Damluji on continuing the centuries-old tradition of mud brick architecture in the Yemen. The event will be chaired by Guy Mannes-Abbott, a writer and critic on literary and visual culture from the Middle East.”

So, I only chaired this (though surely appreciated the invitation) but it was sure to be an interestingly over-stuffed session and so it proved -forensically reconstructing war crimes in Gaza, holding-on in Occupied Jerusalem, conjuring the great mud-walled cities of middle Yemen together with a sobering historical critique of the city of Mecca. We needed a day to begin to do these things justice, while terrible events throughout the region were in the front of everyone’s minds too…

I framed the session between peculiar forms of permanence using the Roman colony of London and pointing to the way in which we can inhabit two times in a single place in the City’s Guildhall Yard -with its threshold to the 2000 year old Roman amphitheatre 6 metres below it and just seconds away from 2015. Then, since we were gathered in the heart of the British Museum I conjured new cities which may yet ‘disappear’, like Abu Dhabi and partly-reclaimed Saadiyat in particular (where the BM is profiting from its abuse of forced labour while it funds its London extension, as I pointed out). I certainly do not wish AD to disappear but it’s precariousness is an obvious consideration if you bring a proper perspective to the matter:

“Strung between these are other cities: al Madinah al Zahra, the 10th century capital built by an Umayyad Amir turned Caliph outside gorgeous Cordoba, which ‘disappeared’ for a millennium and is now undergoing archaeological recovery. Fatehpur Sikri, Emperor Akbar’s 16th century mid-subcontinental capital. 12 years in the making and then abandoned for ever more, it remains an extraordinary articulation of the culture that generated it.

Dholavira is closer to our region, an Harappan or Indus Valley civilisation port which is not so much on but in an island in the middle of the Great Rann of Kachhch. Now surrounded by ‘oceans’ of thick rock salt, this 4-5000 year old town had long disappeared into local place names. Excavations revealed a gridded city, with sophisticated drainage, sliding door mechanisms and the only extant example of the Harappan script which we are yet to decipher.

These examples sit somewhere on a moving spectrum of permanence through impermanence. Your cities are even more complex in this way, surely none have a single location but are bundles of complicated relations to any such timeline…” 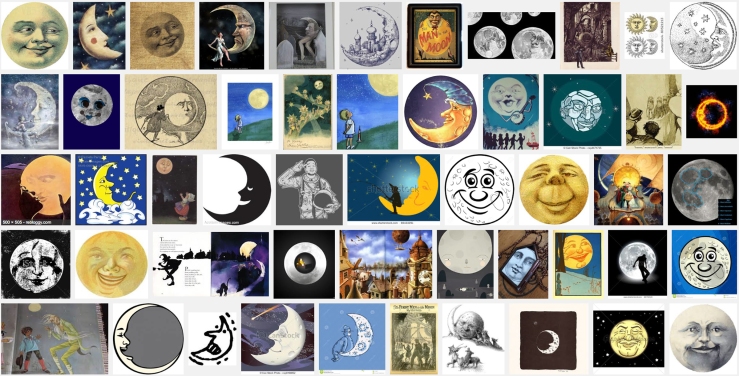 As Mud As Clear (see Crit-long for the forthcoming publication of a version of this talk as an essay in the collected WdW Review Vol1): “What philosopher or poet thinks like a river (as Michel Serres asks in Biogea)? I recognise an object worn by ‘sea beggars’—estuary or riverine dwellers— saturated with our planet’s eternal, not—despite the half-moon— temporal, commons. Ostensibly, ‘Protestants’ preferring rule by ‘Turks’ rather than ‘Papists’—as carved and cast here—commandeered the waters to rescue others at Leiden: breaking dams, making rivers, flooding for a future. Well, I’m a river beggar and this is my ‘rivering’…”

I address the question of what we would do in the mud after the coming floods, regarding such forethought as our best chance of avoiding or minimising that devastation…

The image and leaflet referred to in the video is here: the-past-100-years-part-1-wdw-review-offline-programme-feb-2015

“Dream, memory, or reality? What unique perspectives can the visitor, the exile/expatriate and the local resident each offer on what means to encounter, belong, or lament somewhere? What is the best way to traverse it? By running? By leaving? Can you capture it in words and images? What is the ‘Ramallah Syndrome’? What sound does it make? What do you remember?

The RQ-170 Sentinel downed in Khorasan, Iran: getting beyond/below the surface/s of things…

“In this discussion between Omar Kholeif and Guy Mannes-Abbott, the impact of drone warfare is explored through the imagining of a drone as a subjective being capable of feeling the world, as explored in the writing of Mannes-Abbott.”

GMA: “… but then I’m a radical optimist. Or maybe an optimistic radical…” 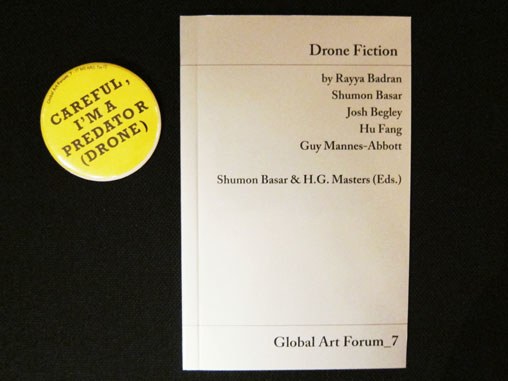 “Have these invisible, hovering vehicles—which have changed our perception of movement through space and time—infected the world with a new form of consciousness? Of seeing? Of droning? Are the lines of flight now less direct? What is the distance between Nevada and North Waziristan?”

Shumon read his story with Ala and André very affectingly. I read mine with Charles hidden in the audience to contribute with hypnotic and occasionally hilarious effect the lyrics from Human Fly that ran through my story: BUZZ, BUZZ, BUZZZZ. I read as if I could barely see my ‘script’, which was also the case…!

You can read it better yourselves here: gma-buzz-buzz-buzzzzz-from-globe3_print_07

“Sweat labour is also being associated with a cultural precinct being built in Saadiyat, an island off Abu Dhabi. The Louvre, New York University and the Guggenheim are linking their prestigious names to the project. Richard Armstrong, Director of the Guggenheim Museum, describes the development as a beacon of cultural values, but at what cost? Guest: Guy Mannes-Abbott.”

Longer interview with Anita Barraud; includes architect Frank Gehry and current Director Richard Armstrong and my response to the latter’s portentous claims of ‘exemplary-ness’ on behalf of the Guggenheim Foundation’s current board members: “the question is exemplary of what? … You wonder what cultural values he is getting himself confused about? (Guggenheim Abu Dhabi) is a beacon and its shedding a very bright light on the conditions of forced labour that have built the foundation of his building…” Download audio

My thanks to Alexie Glass-Kantor, Mark Feary and all at Artspace, Sydney for the inspired invitation and sheer snap! Also to Nick Garner of DasPlatforms similarly.

Guy will screen photographs and artworks made in response to his writing by artists including Francis Alys, Jananne Al-Ani, Emily Jacir, Khalil Rabah and Paul Noble.

“I read it in one breath. A cunning simplicity of writing the complexity of today’s Palestine, through the alleys, roads, streets, hills, valleys, days and evenings in and around Ramallah, charged me with love of the art of writing, of Palestine… You showed me my place and made me hear my story. I loved the piece without limits.”

Mourid Barghouti, Palestinian Poet and author of classics memoirs; I Saw Ramallah & I Was Born There, I Was Born Here.

For the first time, I prefaced this reading of the running texts with words from Emily Jacir’s contribution to the book: “‘We are possibly the most discussed yet most misrepresented people in the world. We are constantly dissected and examined by foreign experts who explain who we supposedly are. Additionally, an inordinate number of people have no problem claiming agency to speak on our behalf’ … The reason for reading from Emily’s piece was to try to open up what this is, to open it ethically and leave it open ethically, for you to decide whether she was trying to undermine me or felt that this was a kind of sanctuary in which she could say something like that.” There is video documentation out there too…

. ABC Australian National Radio Books and Arts All Over Arts: news from around the globe Thursday 27 February 2014 Audio 3:31mins

“This week, more artists take a stand on the issue of corporate sponsorship and the Sydney Biennale and growing protests over migrant workers building the cultural precinct in Abu Dhabi. Guest: Guy Mannes-Abbott.”

A brief interview with Anita Barraud: “I think the duty of a cultural institution is to have an ethics… the institutions themselves bear a responsibility because they’re profiting very handsomely … the Louvre, for example, is being paid 17 and a half million dollars every year for 30 years, for the use of their brand alone … one year’s brand profit could be either given back, withheld or put into a special fund to repay the recruitment debt of migrant workers building Louvre Abu Dhabi…”  Download audio

“For the lecture at Open Forum, Mannes-Abbott will read from his recent highly-acclaimed book In Ramallah, Running which has been described as follows;

“The book interleaves short condensed texts conjuring his habitual running through the city to its limits, with longer texts venturing out to, along, off and beyond the Occupation’s starker limits. Together they render city, surrounding hills and valleys with intimacy and concreteness both potent and poetic.”

In the lecture Mannes-Abbott will also touch upon his participation in the international artist coalition Gulf Labor.

. Writing a Path through Palestine | In Ramallah, Running + Out of it With Bidisha, Selma Dabbagh and Guy Mannes-Abbott | Saturday 8th December, 2012. Watershed, Bristol.