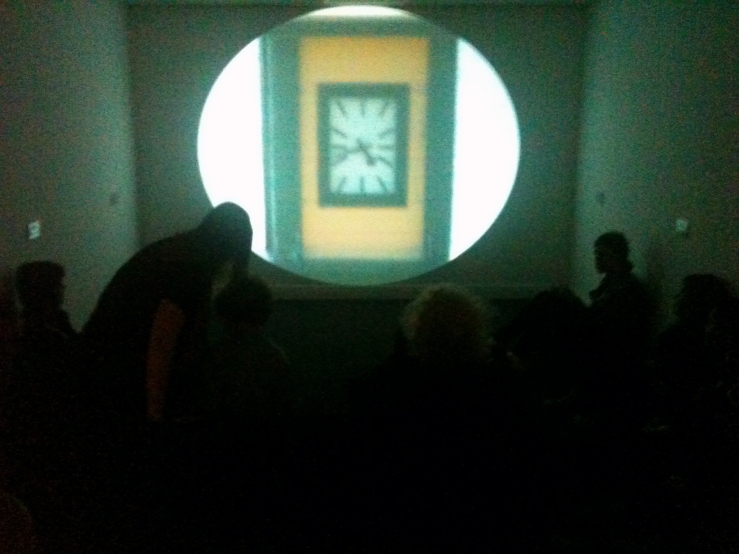 In the Country of the Blind and Other Stories Installation NCI Folkestone [Ph. Guy Mannes-Abbott]

Adrian Searle’s review in The Guardian is so generous about the film I’ve been working on with Shaina, Ashok and Iyesha [CAMP] that I can’t help but post it.

“In the National Coastwatch Institution cabin, perched on a cliff above Folkestone, the volunteer guards scan the sea. Mumbai-based collective CAMP recorded the view, the constant traffic plying the Channel, and the volunteers’ casual commentary The result is an almost hour-long film recorded over a year. French church spires break the horizon, seen through a telescope. We follow tankers and canoes, ferries and fishing boats – and there’s the archbishop of Canterbury, helping out at an archeological dig along the coast, his hair a white, fluffy windsock in the distance. The artists in Mumbai recorded the observations and anecdotes of the volunteers via broadband. It’s a case of the watchers watched, and we watch too, following near-collisions out at sea, and blokes hauling up lobster pots. “Lobsters are giant Jurassic insects,” someone says. I’d happily stay all day.”

AS’s warm words had a warm affect, though I would only point out that it’s not a documentary and say no more -other than that Fruit Store loyalists and Dostoyevskians shouldn’t need me to!

Read the letter from the man, jocularly referred to as the ‘archbish’ on the soundtrack, here! And beware similar assumptions!

Probably should resist saying that I agree with him about the ill-judged mermaid too… I was too involved to see very much else other than Zineb Sedira’s very beautiful and complex film installation Lighthouse in the Sea of Time. I’ll post on what I think might well be her best work so far in time and definitely take the 57 minute train back for more of the Triennial and more of Folkestone itself too…