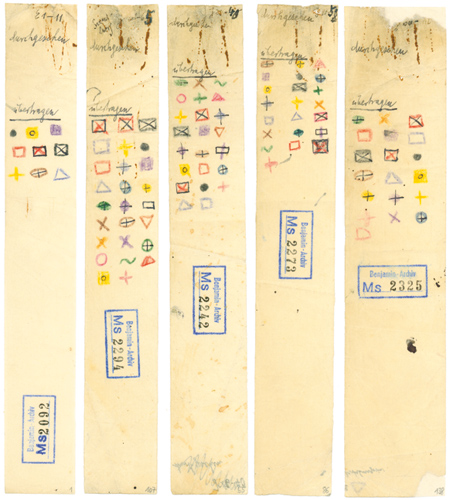 Erdmut Wizisla is Director of both the Brecht and Benjamin archives in Berlin and the authority on their relationship. His book began as post-graduate work in the GDR and emerged finally in a brilliant English translation with an account of the controversy of Adorno’s role in editing the works of WB in German removed. For that story see here [Dead link 2020; scroll to NEWS 10 dec 08].

I reviewed Walter Benjamin and Bertolt Brecht; the Story of a Friendship [Libris 2009] for The Independent and include the short text below. It mentions the National Theatre’s staging of Mother Courage and Her Children, which utilised all the technologies of our time within a confidently theatrical experience. It’s dependence upon theatrical effect was surely closer to Brechtian intention than the still-impressive if neutered, straight-to-movie Enron.

I hadn’t read Brecht for years and discovered here [and/or in Ronald Hayman’s biography from 1983, OUP] that he began writing Mother Courage on Lidingö island, Sweden in 1939-40 after fleeing Denmark. Lidingö is linked by road and rail bridge to Stockholm and provided Brecht with a refuge for about a year. I know it and the archipelago well; 1039s seconds is set there essentially, and revisited the quiet now suburban lane where Brecht holed up when I was there in chilly October.

Benjamin’s work has long been everywhere and yet somehow nowhere, or anyway partial, not fully present; often more badge than book. Reproductions of some of his extensive archive were published by Verso as Walter Benjamin’s Archive, which I also reviewed in The Independent here. His entire archive is being published across 40 volumes in German, edited in part by Wizisla, here.

The best short introduction in English is Esther Leslie’s here but the four volumes of Selected Writings here are essential, as is The Arcades Project here, which I reviewed too here (UPDATED Feb2010).Momme Brodersen wrote an honorable, well illustrated first-shot biography of WB here, which I wrote about in the New Statesman in 1996.

Harvard UP’s SWs accumulate a useful book-length chronological account of WB and his work, written by Michael Jennings and Howard Eiland. They are still at work on a full life; The Author as producer: A Critical Biography of WB [for HUP] which will be essential reading when it finally appears.

Bertolt Brecht is back at the National Theatre this season and Enron, Lucy Prebble’s hit, has been lauded as Brechtian epic theatre. Enron restages high capitalist folly in a compelling performance which merges YouTube, art installation and musical theatre. If “epic” in intention, its sheer spectacle proves inconsequential as political theatre.

But political consequence was crucial to the work of Walter Benjamin and Brecht, as Erdmut Wizisla’s extraordinarily potent “story of a friendship” underscores. Benjamin the “pure man of genius” as critic and philosopher, and the younger “unwashed” Brecht, were a controversial enough pairing to generate sneers about sexual submissiveness from their Berlin contemporaries. At last, here is an authoritative account of their “astonishing closeness”.

Wizisla oversees both the Benjamin and Brecht archives in Berlin and is editing the former’s Complete Works. His story began in scholarly research and emerged in German in 2004. It exists in dialogue with Gershom Scholem’s own “story of a friendship” with Benjamin, written from his own archives and published in 1975. The renowned scholar of mystical Judaism was horrified by the New Left’s embrace of Benjamin’s work on its appearance in English. Scholem responded by asserting Benjamin’s “true” religiosity. Wizisla recreates this crucial relationship with forensic precision, printing vital scraps for the first time, typically supplying three diverse examples to support conclusions. He traces a prehistory to the friendship before its explosive intimacy developed between 1929 and Benjamin’s death in 1940. Starting in 1930, Benjamin made eleven attempts to articulate the radicalism in Brecht’s work. Even after 1933, with Benjamin exiled to Paris and Brecht in Denmark, Wizisla calculates they spent almost a year working in close proximity.

Central to Wizisla’s story is the collaboration on an abortive journal called Krise und Kritik during 1930-1. Its aim was to be “active”, “interventionist” and “consequential” in the cultural and political arenas. Wizisla examines what was meant by these terms, cross-referencing manuscripts, unpublished minutes and complete texts. For Brecht, “criticism is to be understood in the sense that politics is its continuation by other means.” In “The Author as Producer”, Benjamin argued that “the politically correct tendency includes a literary tendency”; a continuation of politics by other means. For both, “high artistic standards” were identical with “politically advanced ones”.

Benjamin admired Brecht’s timeliness; his was a theatre for the “scientific age”, an “apparatus” to effect change. Wizisla quotes Benjamin’s benchmark: “A total absence of illusion about the age and… an unlimited commitment to it.” Benjamin perceived Brecht as the poet “most at home in this century” according to Hannah Arendt. Benjamin’s remark contains potent ambiguity, as does our recognition of him as a key 20th-century figure.

While Benjamin’s celebration of Brecht is well known, Wizisla excavates for us Brecht’s admiration for Benjamin. Brecht promoted Benjamin’s work, commissioning it directly, begging for critical feedback. His writing bears Benjamin’s influence to the point of direct appropriation. Wizisla dismantles the legend of Brechtian “terror”, concluding that the pair were “like-minded people” whose intellectual sparring was “based on closeness, intimacy and accord”. Much of the exaggeration of conflict originated in Scholem. Repulsed by Marxism, he implied that Brecht was a knowing Stalinist, and Benjamin’s work in the 1930s was prostitution. Wizisla reprints Benjamin’s letter to Gretel Karplus which criticises Scholem, long settled in Palestine, for his “wretched” reaction to Brecht.*

Wizisla, like Stanley Mitchell before him, is drawn to Benjamin’s radically optimistic analysis of Brecht’s poetry, in particular a poem about enforced exile published in 1939 which Benjamin recited in French internment camps. The message of Brecht’s Lao-tzu poem is that the “soft water” of friendly unity “vanquishes in time the mighty stone”; “what is hard must yield.” Wizisla’s story of artistic and political radicalism in the darkest of times is a landmark publication. These two friends “inhabited” their times supremely well; their traces ought to inspire us in ours.

* He kindly leaves out Benjamin’s description of his Zionist friend as “cloaked in self-importance and secrecy.” [Correspondence 1930-1940 Gretel Adorno and Walter Benjamin, Polity Press 2008]