Highlights of other sessions included Samar Martha’s marshaling of interesting tales from the frontline of smaller organizations, including MASS, the space that Wael Shawky -Abraaj Prize Winner 2012- created from his old studio in Alexandria. Run on a shoestring, it’s now in its second year with twice as many students covering a wide age range. An inspiring story, presented by Daniella Rose King, I hope to watch it survive and flourish. This is when and how artists can generate step changes… END_OF_DOCUMENT_TOKEN_TO_BE_REPLACED

When did you last stand before a work of Paul Thek’s? It’s a difficult thing to do in London, unless you’re a smart collector who already owns the work, that is! I’m not sure that collectors, smart or otherwise, find their way to the Fruit Store, but if so then welcome; you come at a good moment! END_OF_DOCUMENT_TOKEN_TO_BE_REPLACED 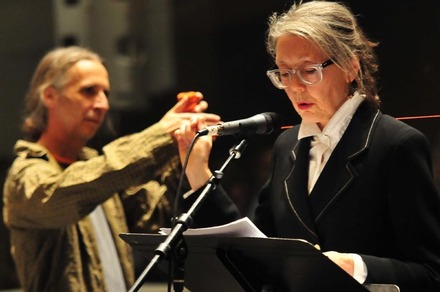 Cage a Swallow/Swallow a Cage was performed twice on November 6th at the Whitney, during their exhibition of Roni Horn AKA Roni Horn. It’s part of the work that AC did during her Residency at RH’s Library of Water in Stykkisholmur, Iceland.

I couldn’t make it, have been requesting a recording of it for some time and now it’s up on their site here (UPDATED 2Mar2018).

The page includes stills and a downloadable mp3 of about 25 mins, which may not be there forever…

Transcription of the event follows; END_OF_DOCUMENT_TOKEN_TO_BE_REPLACED

Roni Horn’s retrospective began at Tate Modern before travelling westwards. I found myself going again and again, spending minutes and sometimes hours there, wishing it were a permanent fixture in London. I needed to write something and in the end the only way I could find the words for it was in the form of an e.thing. 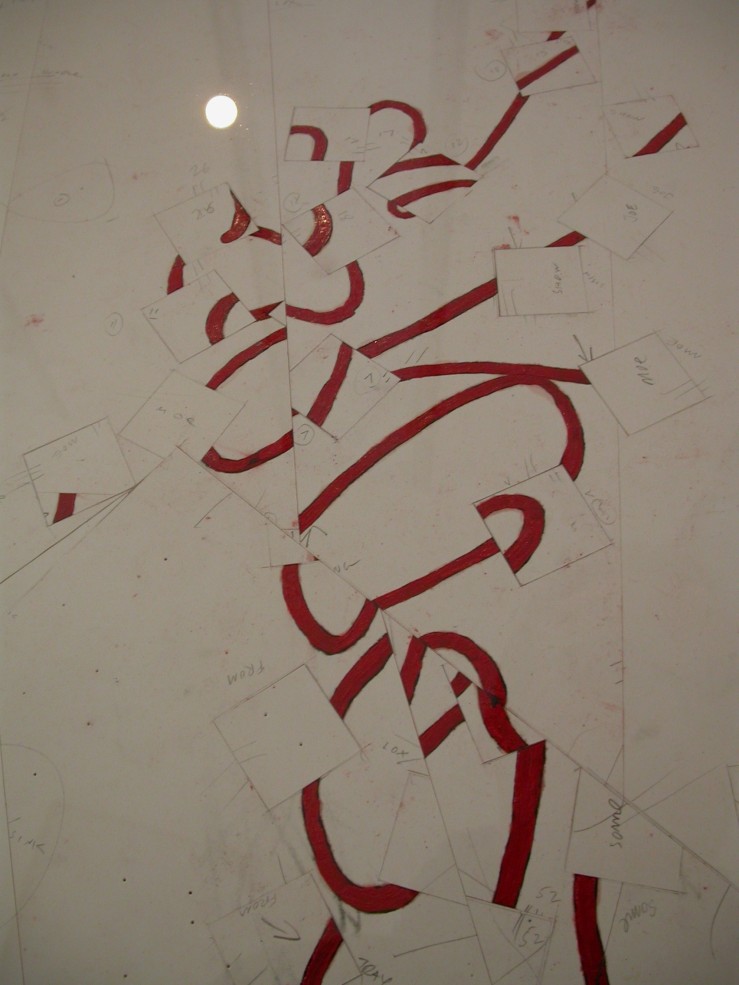 I went to see the Roni Horn again today. Before it goes, before it ends. And it was still there. Still. It was still, there, and that’s why I wanted to go again. To see the stillness and be amongst it; have the experience in my day and life. This particular stillness. And I did and it was and they were. All four of the Weres are still there, causing me to marvel again. In the stillness. All too precisely embodying what Roni admires and retrieves from Emily Dickinson’s singular wordings. A writing that doesn’t take you anywhere but confirms, insists upon, reveals and so celebrates the here, now, what is. Here, in the stillness. In the stillness of it all. This is what Roni does; what the Weres do. What they did, very precisely this. They require my presence in order to send me away with my hereness affirmed, confirmed. Sure that I know where it is, what it is, that it is. Once again. In the stillness of it all. So I went again today, for the sixth time. Perhaps the seventh. And the Weres are still there, though not for long. And they still stilled me. It’s astonishing this; round and around, again and again. And still, every time. In the stillness of it all they deliver up my self in its here and now. Contingent, incomplete, durable. Here, now. Present, still, in silent dialogue. A confirmation that I am, in the nothing that is. So what will happen when the Weres are gone? Never to be seen in destructive daylight again. Where will the stillness go? Will it still exist? In the stillness of it all, what is? Roni loves, gives and attends to me now; enraptures, engages, entices, embraces whoever I bring to the page. Specifically; the paper. In the stillness of it all. What is? In the stillness the paper moves; bowing, buckling; going somewhere and nowhere. So moving? In the stillness, I’m struck wordless; dumb. Entrapped in abstract seduction; a non-delivery of the very something I need and desire. Iterations of my stillness, my here and there, my continuing to be. Were 4. Were 11 and 12, even lime green and stubbed-on 13, but not these alone. I can’t keep away from their complex, frenetic, screeching silent stillness. And that wrestling; the sheer abysmal press and perfected stilling of all the movement in me. A movement towards stillness, draws me back, still. In the stillness of it all what is so moving about? Moving about. Still. There, but not for long; soon the Weres will be gone. They will be ex-Weres and my claim to keep them all still in my mind -indelible, unforgettable- tested. It won’t be long before I doubt my memory, undermine the necessity that has moved me to return so often this spring as it sliced up early summer and rearranged itself. I won’t believe it. The stillness, the goneness will defeat me. I know I’ll need to return again and the stillness won’t be there. It will be memory, remembrance, something else. Unstill, staged. Something which annuls it all, takes away the stillness, obscures, even destroys it. Memory. Destroys. Stillness. Without being able to go to the battleground it’s returned to wishful desire, to less than the nothing it so brilliantly enacts. In my presence, stilled, in the stillness. It’s a question that will survive the Weres -when they’re gone. Roni so precisely offers up the stilling of a particular busy stillness that when it’s gone, when she’s gone, when she’s removed the Musts, Theres, Throughs and Weres -all of Emily’s metaphysics of prairie and bee- I’ll be left asking the question. About the still. The stillness. The stilled. In the stillness of it all, what is so moving about?