I just want to flag up this exhibition curated around Morton Feldman which I haven’t and won’t see [partly because I’m away doing a Residency myself during June] with its intriguing catalogue which I’ve also not seen yet.

Vertical Thoughts; Morton Feldman and the Visual Arts looks like a full-blooded collection of visual materials linked to Feldman and any focus on Feldman is welcome. I wonder why it isn’t travelling to other museums of modern art; Tate Modern for instance?

Kevin Volans has a piece in the catalogue [and a slightly out of date website here]. I caught his 60th birthday performance a few months ago [Wigmore Hall, Nov 09] which was excellent. Afterwards he described how he’s increasingly reliant as a composer and performer on visual art’s receptivity and commissioning resources.

Music-wise, there’s still a performance to come of Rothko’s Chapel and Words and Music by Samuel Beckett on 30th May by the Crash Ensemble here.

I want to share some modest thoughts about the Varèse 360º mini-festival at London’s Southbank Centre 16-18th April.

According to the programme, Edgard Varèse [b. Paris 1883, d. New York 1965] was “a sonic pioneer”. In 1955 John Cage wrote that Varèse had “established the present nature of music … this nature … arises from an acceptance of all audible phenomena as material proper to music.” His entire known work sits happily within 2 cds and has been spread over three concerts here. I caught the two featuring the London Sinfonietta conducted by David Atherton at QEH but not the larger orchestral pieces performed by the NYO.

I know the work quite well in the form of the Chailly and Boulez recordings. There are things to admire and thrill at in all his recorded work, my own favourites fell into the performances I saw and Density 21.5 -composed in 1936 for a specific platinum flute- is on regular rotation in my life. I’ve listened to these recordings with headphones and in a domestic environment but never heard it performed before now.

The first evening included a startlingly precise and mesmerising performance of Ecuatorial, in which a pair of theremin ‘cellos’ were gorgeous contributors, and ended with one of his last works; Déserts, written after 15 years in a wilderness of depression. The tightness of the performance made for a thrilling experience [Gillian Moore writes of a “blazing austerity”] in which I found myself pursuing sounds around the stage in ways unique to Varèse’s invention of what he called “organised sound”.

The second programme included Hyperprism, Octandre, Offrandes, Intègrales, all performed with the same peculiar vigorous purity. Sitting very close to the stage I could hear the instruments themselves more acutely; their timbre, distribution of sounds and peculiar rhythms, the lingering murmur from inside a mute cello at the end of one inverted crescendo.

Witnessing this made me feel as if  [or realise that] I hadn’t actually heard the music before. In a related panel discussion both biographer Malcolm Macdonald and composer Julian Anderson described how their respective favourite pieces of Varèse’s [pressed, they offered Ecuatorial and Intègrales respectively] always sounded new or completely fresh whenever they heard them. These differing newnesses may be related but in any case, I felt exactly the same way hearing old favourites of my own live for the double first time.

Varèse’s central notion of creating aural space means that it is particularly essential to hear the music performed. This is obvious as well as not because however improving it invariably is to witness performance there is something completely transformative of the music -and more- in Varèse’s case. In 1958 Morton Feldman wrote that Varèse “alone has given us this elegance, this physical reality, [in which “noise … bores like granite into granite”] this impression that the music is writing about mankind rather than being composed.”

The recording of Poème électronique played over QEH’s pretty good system sounded exactly as it always does, however, therefore comparatively shrunken and dissipated. It was accompanied with an irritatingly weak series of images, used in preference to Corbusier’s montage which was made to accompany the music at its birth in the Philips Pavilion at the Brussels World Fair of 1958. I’m including the latter because while the use of images of genocide is problematic, it’s a more convincing attempt to relate to the scale of the music [on Ubuweb here].

There were moments, passages of stunning originality and potency in this second performance, notably of Octande but also Intègrales -an effective condensation of Varèse’s range. It’s an exhilaration that can only be experienced in live performance of the highest standard like this [bad or okay performances of Varèse would be hard to take]. However these are works that should be performed regularly, even in Britain which only caught up with the 20th Century when it ended.

Varèse should be heard widely and regularly not only because of his very clear and often acknowledged influence on a mass of music throughout the 20th and 21st Centuries but also for the force and beauty that it possesses in itself. Macdonald argues that his work represents a comparable step-change to that of Beethoven or Wagner. The absence of Varèse from the British repertoire is equivalent perhaps to letting Emily Dickinson’s poetry fall back into the obscurity of her life and confining Jorge-Luis Borges or Gertrude Stein to dusty national libraries.

[fingers and pinholes are not mine]

Beyond the music and a panel discussion worth catching, there were also film screenings. I missed Mark Kidel’s early documentary, EV A Portrait, and only caught a few minutes of Frank Scheffer’s very recent documentary which takes its title from a never realised but ever-present all-encompassing notional work of Varèse’s; The One All Alone.

One of the impressive range of potential or partial collaborators that Varèse worked with towards this project was Antonin Artaud. Artaud is the king and fool of the 20th Century for me and it was the discovery of this image of him with Varèse, taken in 1933, just before both men began descents into physical and mental torments lasting a decade and half in each case, that really locked off my interest, passion, even enjoyment of Varèse [something comparable happened with Anne Carson]. A friend of Artaud’s is a friend of mine.

I was able only to see the beginning of Scheffer’s film in which Cage and Feldman discuss the figure who was a major influence or inspiration on and to both. It was one of the free screenings in the RFH and I’d love to be able to see it in full but as yet it has no distributor in the UK. Varèse is only very rarely performed in the UK so no surprise there, but he’s regularly performed and heard across Europe where the film has been screened but distribution is not yet finalised either. 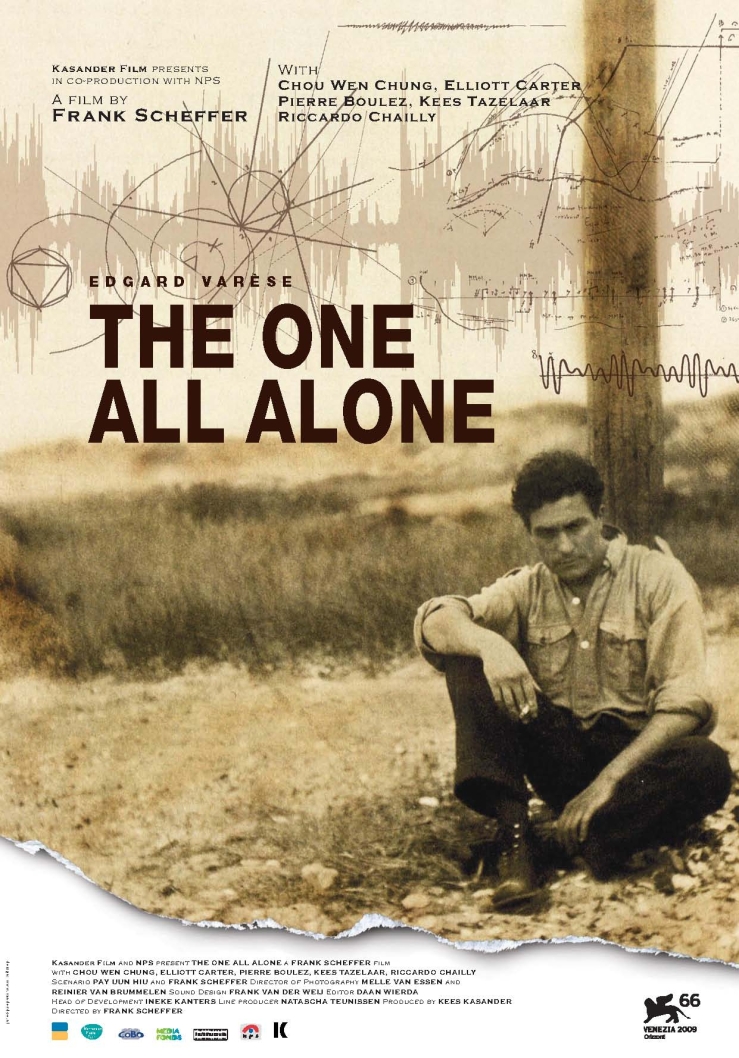 This is the poster for it and below is a pdf of the other part of the flyer with contact details to the production company and a short director’s statement. I knew that the Varèse would be sold out -as it was- which is why I did something very strange for me and booked it months ago. However I had no idea whom it would be sold out to and the audience turned out to be pretty diverse in fact. I believe the panel’s description of teenage members of the NYO’s gradual but then real grasp and excited engagement with the music, but there were very few people under 25 in the audience.

However, the lack of appetite shown by all those really clever, super curious and on-the-ball distributors, festival organisers, British TV lunchboxes might be justified if only 17 people turned up [or, worse, the entire 117] but as it was it’s pitiful and repeats the offence of neglect that Varèse suffered throughout his extraordinary and difficult life.

The best way to encounter Varèse is live in performance, as I now know with indelible clarity, but a documentary is a foolproof introduction to the subject, the most easily negotiated threshold. 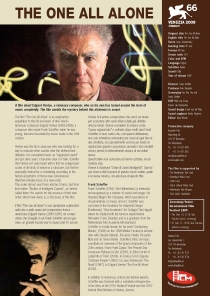