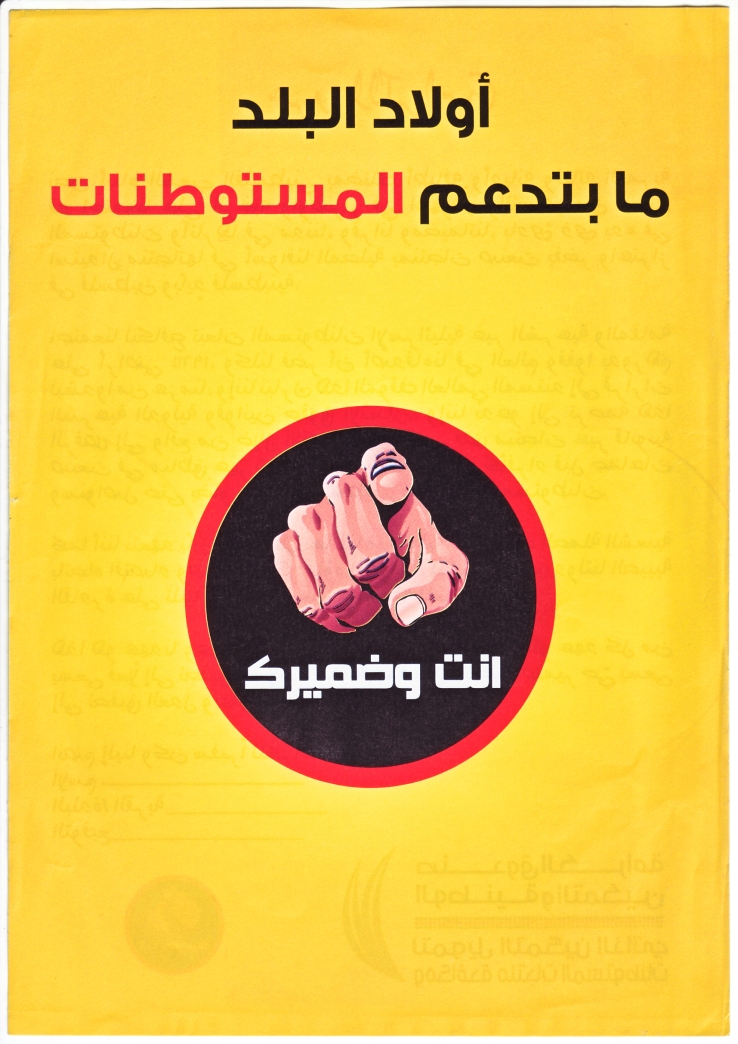 Under the kind of Occupation that Palestinians have been for decades there is literally no room for manoeuvre, very few forms of resistance. A new P.A. law banning the sale of Settlement produce -and Palestinians to work in the Settlements by 2011- is a difficult yet undeniable achievement. The difficulty is that working within these illegal zones [42% of the ‘west bank’ and rising] has been a scarce source of income for those imprisoned in the Palestinian hills.

There are many things wrong with the P.A., here is one thing they’ve got right. My own recent realisation that most of what is possible to eat in occupied Palestine is prison food -controlled/supplied by the Occupation- was mortifying and underscores why this ban is a difficult one to make and sustain. Outside occupied Palestine, it’s the easiest thing in the world to boycott the fruits of this uniquely chronic and brutal Occupation. It’s dead simple; do you want to be sustained by crimes against your  -or your children’s- own humanity?