In July an essay of mine appeared in Ford Madox Ford and Visual Culture (Mar2018 out of stock), edited by Laura Colombino [Rodopi, Amsterdam/New York]. It’s the 8th volume in a wider series dedicated to Ford, the series editor for which is his critical biographer, Max Saunders.

FMF & VC is a pricey scholarly volume for which an abstract of my contribution was required and included below. It meant revisiting Slavoj Zizek’s phrase “imbecilic contingent intrusions” which I borrowed for a subseries of e.things. ici2 remains a favourite of my own and is archived in my old website, as is its exhibition with Cerith Wyn Evans’ ‘Mobius Strip’ at Robert Prime, London.

Ford wrote his books on London and Holbein in a hurry but I’ve long admired The Soul of London (Mar2018 Also no longer available, this links to archive.org) and valued his Hans Holbein the Younger as much for what it reveals about Ford as about his declared subject. In ‘Fording Holbein’ in FMF & VC, Martin Stannard [whose well-judged, fond and economically rendered biography of Muriel Spark appeared in 09] defends Ford’s Holbein as “a crucial statement about  his conception of history and aesthetics” and “the forge” of ideas later embodied in The Good Soldier and Parade’s End. “The thumbprint of his nascent impressionism and modernism is left in the paint of this portrait of a world both ancient and immediately contemporary.” 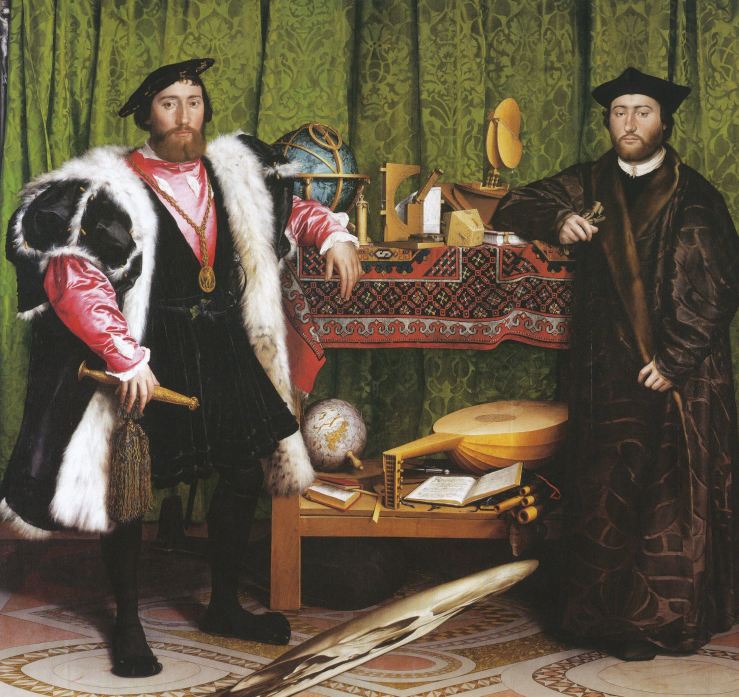 Ford identified Holbein as ‘the first painter of modern life’. This essay argues that Holbein’s painting of The Ambassadors exemplifies what Ford meant by such a claim. Holbein’s courtly ‘display’ portrait is a quintessentially Fordian rendering of the human in all its messy actuality, despite Ford’s disclaimers about it. Holbein’s famous painting is now routinely looked at awry, but this essay faces it hard on to explore its peculiarly potent instability. In particular, it focuses on the skull and its associated contents; the brain, stain or spillage, human mess and matter in the foreground of the painting. It’s this vomiting up of the real that Ford finds and celebrates in Holbein – and beyond in the ‘modern life of men and cities’. With reference to Mark Cousin’s notion of the ‘ugly object’ and Slavoj Zizek’s ‘imbecilic contingent intrusions’, the essay suggests that Holbein’s portrait achieves vitality, individuality and distinction through its potential negation: the profaning blob. Holbein’s rendering of abysmal human actuality enacts Ford’s critical Impressionism which, he wrote, exists to ‘render those queer effects of real life’. In the second part of the essay, the effects of life’s contingency are extended to the city of London, images of war and leisure, and situated by what Zizek describes as the ultimate ‘speculative mystery’. Just as Ford celebrates Holbein’s vulgarity for its ‘blood’ and ‘hope’, the essay finds philosophical potency in his pukey mass.