This is why her films feel so casually alert; they resemble in content and their form how we live and make now; the promiscuous solutions of our common workworlds. This is true of her apparently bookish essays too, rewilded by serial fragmentation… It is work I feel fierce kinship with, but it is also kinship-at-work in the unfenced present.

1/ Index Cards collects fifteen of the essays Moyra Davey has published since 2003 into a single volume for the first time. Two began as talks; most of the others generated the self-narrated voice-overs of her films, of which i confess is the tenth since Hell Notes in 1990. Usually, Davey’s texts appear in busily illustrated volumes with modest print-runs to accompany the films, which have become annual productions. The latest example of that is I Confess, which marked her new film and retrospective exhibition at the National Gallery of Canada in 2020. Index Cards, however, is a definite departure with its twenty-seven small black and white images cleverly punctuating 264 pages.

2/ Davey is primarily a visual artist and ‘a maker not a thinker’, she says, but her outputs dissolve such distinctions. Born in Toronto in 1958, she enrolled in the Whitney Programme in 1989 when it was at its most theoretically proscriptive. Critical discourses around the politics of representation constrained her relationship to the body in image-making for many years. This is a frequent reference, even central thread, of her writings and films in their anxious, whittling and iterative way. For a decade or so her photographic images have taken the form of aerograms; printed, folded, taped and posted C-prints (35 x 45 cm), opened-out and assembled on gallery walls where they own a frugal worldliness.

3/ Davey returns obsessively to quotidian elements; the ‘general squalor of the domestic scene’ [1] as she says; dust and disrepair, heaped possessions and papers, as well as text; images of highlighted quotes, books in whole or part; The Private Diaries of Stendhal being relieved of lavic dust; words and names inked by the artist’s hand, blown up from receipts or the correspondence of Alice B Toklas, ornate letters from the first Greek edition of the Iliad set in moveable type. These intersperse with cyclical images of herself, her sisters, undergrad-age son and friends, and dogs and horses – all naked by degrees. 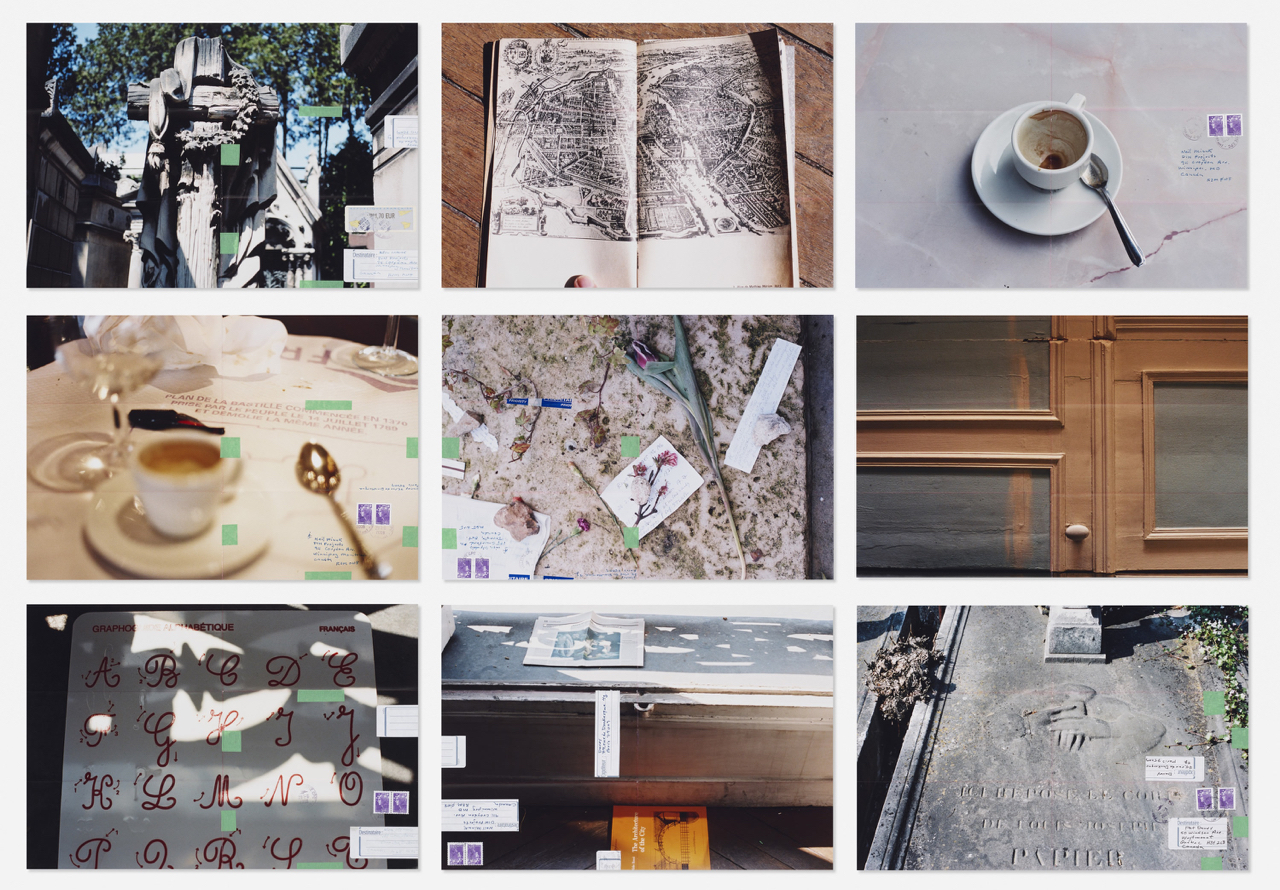 END_OF_DOCUMENT_TOKEN_TO_BE_REPLACED

‘3 & 4 Will. IV c. 73’ deserves so much more than wilful bewilderment from cocky white art critics with an obsolete worldview. It is the most inspiring show I have seen in London for years, linking, seeding and growing into all the physical and intellectual, desiring and imaginary dimensions of life post-2020.

Cameron Rowland has a distinctive way with titles of exhibitions, land and property, which he demonstrates with great impact in his current ICA exhibition. I caught it in February before the pandemic hit, and before George Floyd was lynched and British broadcasters responded to Black Lives Matter protests in London and Bristol by asking what they had to do with events five thousand miles away. And also before I read white, male art critics carping about the work not being legible enough for them, missing its fine detail, crystallised opacities and actual substantiveness but dismissing it as paperwork-about-paperwork anyway. This is the significantly over-entitled worldview that Rowland takes apart in an exhibition that already was – and will re-open as – the most exhilarating show of 2020 in London.

Rowland’s ‘3 & 4 Will. IV c. 73’ might have been designed as a final riposte to the ‘five thousand miles away’ sleight about slavery and its ongoing legacies. However, there is more than that at work in this exhibition of small but not minor objects, and expansively quasi-epistemological works that foreground judgement. ‘3 & 4 Will. IV c. 73’ generates a very particular eschatological arrest. While it delivers on the level of affect, it also addresses a further rhetorical question put by Saidiya Hartman when declaring herself ‘agnostic’ about one-way struggles over reparation. [1]  The answer is that slavery, the transportation of at least twelve million people as chattel from west Africa across the Atlantic Ocean, was a Crime Against Humanity, as presently constituted and understood. I have written about Ariella Aisha Azoulay’s rigorous problematising of pseudo-humanitarian laws, [2] and this exhibition entangles itself with legal declarations that were loaded and abused. Yet Atlantic slavery was a crime on the largest conceivable scale, a crime that remains unprosecuted and for which only the perpetrators were compensated at ‘abolition’ in ways that continue to accrue benefits.

END_OF_DOCUMENT_TOKEN_TO_BE_REPLACED

London’s Urban Forest; an Art of the Ongoing

It’s the third Urban Tree Festival in London and I’ve been asked to write about what it means to celebrate and make art from a tree or trees in the South London Gallery’s world [for* the SLG; thank you! LINK]. I take the latter territory to have been tagged by William Blake, long-term resident of Lambeth’s Hercules Road, between the dark satanic mills of endlessly churning capital at Blackfriars Bridge and trees on Peckham Rye which hosted the angels of his creative resilience.

What is a tree, though? It’s an ontological question I’d like to prune into handy shape so that we can attend to the intangible qualities which enliven and expand more recognisably concrete ones. The tree as a rooted object is a marvel, of course, but it is so much more than that on multiple ecological, political, and cultural registers; smells and ‘looks’, rhizomatic roots and crowns, as well as an embedded commons. London is now formally classified as a continuous urban forest, which adds another dimension to its ambient realms, remembrances of things past and unlikely future hopes.

My first association is with Danh Vo’s landmark survey exhibition at the SLG in September 2019, and the related show at Marian Goodman Gallery. Common to both was the timber from a plantation of Black Walnut trees gifted to Vo by Craig McNamara, son of Robert the gung-ho Defence Secretary during the Vietnam War. When Vo acquired some of the latter’s effects to work with, Craig made an approach which grew into one of Vo’s many miraculous friendships. Art critical responses to the work lingered on the woody odours in both galleries, and I remember a tangy encounter with a room dressed in walnut to display a collection of ambiguous photographs of Vietnamese men and boys.